What A Game! (A Whimsical Musical Tribute to America’s Pastime)

A** over Teakettle – typical around this place…..

Around our house, we call it “The Mushroom Factor” – you start off doing one thing, and everything snowballs. It started out innocently enough – I realized that Opening Day was upon us.

I don’t follow baseball all that closely (I’m a football kind of a gal), but I’ve always wanted to see a YouTube video with one of my favorite “baseball” songs – “What A Game!” from the musical Ragtime, mixed with pictures from baseball games/players/fans. I just love the humor in the lyrics (even though some of the words used are less than politically correct in this day and age), and it always seemed like a song that would be ripe for such a video treatment.

I missed Opening Day by a couple of weeks this year, but I still wanted to pay tribute to America’s Pastime. I had a lot of fun putting this together – I hope you like it (click on the icon in the lower right corner if you want to view it full-screen):

I love the way that the song shows the “culture clash” between the uptight Father character and all of the normal Joes who are in the stands at the baseball game (the choreography of this particular number in the stage play is quite cute as well).  Unfortunately for Father, his son is quite the sponge, so it’s fun to watch the whole experience unfold on stage. 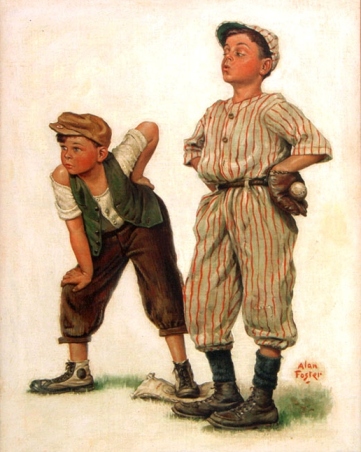 That look says it all –

The stage version of this number is rather minimalist – it has to be; production companies are on tight budgets, and this is just one song in an entire musical.  But hearing the song conjured up images in my head of “what could be” outside of a stage setting.

I’ve never had the patience to wade through all of the YouTube videos of amateur productions of this musical number to see if such a video exists; given the fact that one doesn’t just pop up automatically, I can only assume that there aren’t very many (if any) out there.

Well, we can’t have that. 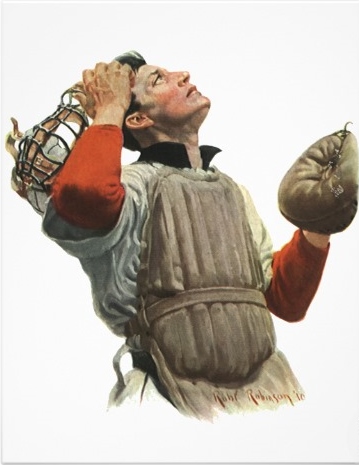 Yeah, I don’t know what I was thinking, either…..

So I finally worked up the courage to figure out how to use Windows Movie Maker (I am slowly but surely being dragged into the 21st century, although I still haven’t figured out how to use my cell phone as a video recorder). This was only my 2nd attempt at putting together a video, so it was a rather…..interesting experience.

I thought to myself, “How hard could it be? Just toss together a few images, set it to music, and voila – a YouTube video”.

After over a week of working on this, I came away with a new appreciation for my future son-in-law’s career choice; if you want to do it right, it’s a lot of work putting together one of these puppies!

No reason, just liked this image

Being something of a perfectionist, I spent a lot of time scouring the Internet to find just the right images.  Fortunately, there are lots of images of baseball games, plays, players, fans, ballparks, etc., out there on the Internet.  LOTS of images.

I have to admit a real fascination with all of the old images that I found through various websites; a lot of time was spent just poring over the treasure trove of pictures from the past 150 years. I got (happily) lost for hours, just travelling down Memory Lane.

I don’t remember what my search terms were, but this image made me smile

Of course, my curiosity got the better of me, so I did a little digging into some of the names of baseball players used in the song; imagine my surprise when I discovered that those were names of real players on baseball teams that existed back at the time in which the play (based on a book) was set.  Not only that, the players mentioned were pretty well known back in their day – who knew?

With that knowledge, I HAD to include pictures of the teams and the players (if available), so my image search took a little detour….. 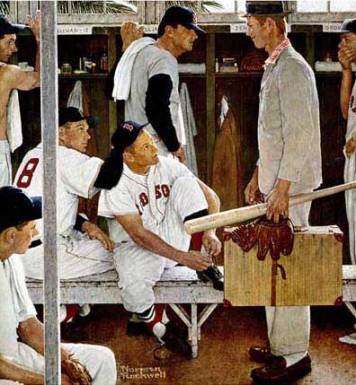 The bright-eyed newbie – hasn’t got a clue what awaits….

I know just how he feels…..

After putting everything together, I realized that using “thumbnail” images isn’t the way to go if you actually want a professional-looking video, so I went back and tried to find higher-resolution images of the ones that I had settled on.

Sometimes I remembered where I had seen them, but sometimes I didn’t, so I ended up using different images in some places.  This also meant making a new version of the video I had already made – which actually turned out to be a good thing, as I was able to make some improvements to the original.

I may also have created a bit of a monster – I rather enjoyed the whole process and am now eager to make another music video….. 😛

P.S. When I saw this, I knew I had to include it for my friend Liesel: 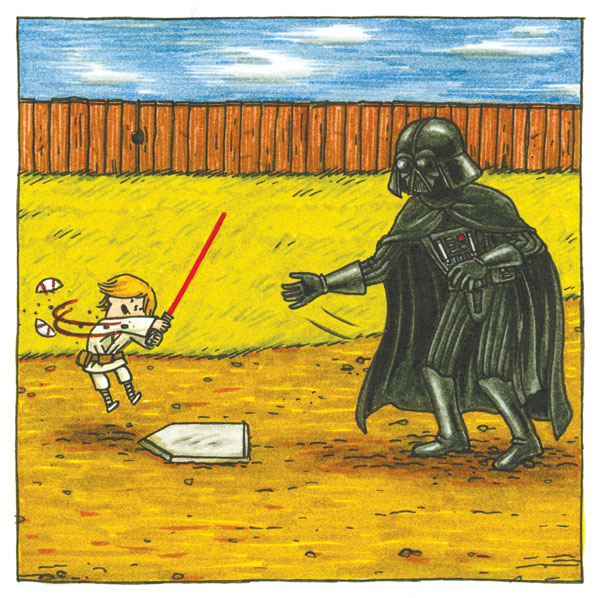 A short, fat, over-the-hill, happily-married mother of 4 daughters. I know just enough to get myself in trouble....
View all posts by Teresa in Fort Worth, TX →
This entry was posted in Broadway/TV/Film, Humor, I Love America, Just Because, Music and tagged Baseball, Fun Stuff, Music, Ragtime, What A Game. Bookmark the permalink.