Today is my Dad’s 89th birthday. I can’t tell you how very glad I am that he is still here to celebrate with us – Paul lost his father a few years ago, and it is a loss that he feels every day.

This is Dad’s first birthday without my Mom to help him celebrate, and due to COVID, we can’t be there with him.  Hopefully by next year we will be able to visit with him!

END_OF_DOCUMENT_TOKEN_TO_BE_REPLACED

.
My dad sent me this a while back; since today is Texas Independence Day, I wanted to share them with you:

Due to the popularity of the “Survivor” TV show, Texas is planning to do one entitled: “Survivor – Texas-Style!”

The lucky contestants will all start in Dallas, drive to Waco, Austin, San Antonio, then over to Houston and down to Brownsville.
They will then proceed up to Del Rio, El Paso, Odessa, Midland, Lubbock, and Amarillo.
From there they will go on to Abilene and Fort Worth.
Finally. back to Dallas.

The Best (Belated) Valentine’s Day Ever (a.k.a. “Boy Meets Girl”)

Just a couple of kids…..

.
It all started in a lecture hall at Texas A&M University in January, 1979. Yours truly was a freshman who started out in Pre-Med, but after one semester – and a tearful call home – I had decided to change my major to one which involved more math – Civil Engineering.

Well, the powers that be in the Engineering department told me that the Calculus class that I had placed out of as a Science major wasn’t really “the same as” the one they wanted Engineering majors to take, so I had to start all over again. I hadn’t changed my major until the spring semester started, so I missed the first “official” day of that class.

The next time that class met, I was sitting in a seat in the lecture hall, feeling quite lost since I didn’t know the professor’s name, office hours, etc. Some guy came in a little late to the class, looking all harried, and sat down in one of the few empty seats – right next to me.

END_OF_DOCUMENT_TOKEN_TO_BE_REPLACED

Sometimes, you just have to do what the voices in your head tell you to do……

Several years ago, for some strange reason, I dreamed of Scottish Oatmeal – don’t ask me why; I’ve only heard of the stuff (maybe it was hearing my father-in-law talk about eating steel-cut oats for breakfast.  Who knows?).  I couldn’t shake this dream, so when I woke up, I had to go looking for recipes.

END_OF_DOCUMENT_TOKEN_TO_BE_REPLACED

.
Because today is a day of romance, I thought I’d share one of the best renditions of “My Funny Valentine” that I’ve ever heard – Michelle Pfeiffer’s version from the movie “The Fabulous Baker Boys”:

♥
Hope you have a great day with the one you love!
.

I, too, had only ever heard the big symphonic version but a few years ago, I ran across an amazing Big Band arrangement that brought a big smile to my face. And a couple of days later, I ran across the “original” jazz band version, which I found I like very, very much.

The complete piece is 16 minutes long, so if you don’t have time, don’t feel that you have to listen to all of them; you might want to sample a bit of each one and come back to them later when you have more time. I think you will probably find that, like me, you end up enjoying all of them on their own merits.

END_OF_DOCUMENT_TOKEN_TO_BE_REPLACED

Many years ago, when the girls were much younger, I ran across a wonderful book called “Many Moons” by James Thurber.  It is the story of a young princess who falls ill one day after a “surfeit of raspberry tarts”.  The Royal Physician sends for her father the King, who tells her that he will get her anything that her heart desires.  The princess tells the King that if she can have the moon, “I will be well again”.

END_OF_DOCUMENT_TOKEN_TO_BE_REPLACED 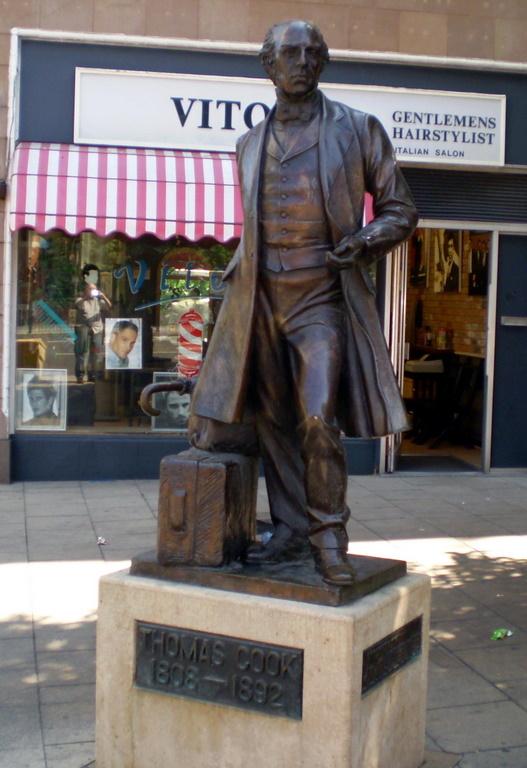 Well, I guess I’m going to really do this thing.  I don’t know how often I’ll be posting, or if it will be any good, or if anyone will even read what I write.

I’m still learning my way around the whole blog “thing”, so be patient with me!

When you start up a blog, one of the first things that you have to do is come up with a name for it.  You want it to be catchy and personalized, without sounding too self-important.  You also want to hint to people what kind of adventure they will be going on if they decide to read your blog.

With that in mind, here is how I came up with the name for my blog:

END_OF_DOCUMENT_TOKEN_TO_BE_REPLACED

The Land of the Free

My Advent Calendar of Music – Day #25: Songs for Christmas Day

.
Gets me every time…