Barack Obama and Eric Holder are hiding behind Executive Privilege in the hope that their involvement in the ATF program “Fast and Furious” – which ultimately resulted in the deaths of US Border Patrol agent Brian Terry and at least 300 Mexican citizens (possibly including the brother of then-attorney general Patricia Gonzalez Rodriguez) – will not come to light.

Whether they like it or not, this issue is not going to disappear.

While Mr. Obama and Mr. Holder may not have been the ones who fired the guns which caused these deaths, it has become increasingly clear that the chain of evidence in this case can be traced back to the very highest levels of this administration:
.

There are five key accusations against ATF and DOJ made by ATF whistleblowers and other sources within FedGov:

1.) That they instructed U.S. gun dealers to proceed with questionable and illegal sales of firearms to suspected gunrunners.

2.) That they allowed or even assisted in those guns crossing the U.S. border into Mexico to “boost the numbers” of American civilian market firearms seized in Mexico and thereby provide the justification for more firearm restrictions on American citizens and more power and money for ATF.

3.) That they intentionally kept Mexican authorities in the dark about the operation, even over objections of their own agents.

4.) That weapons that the ATF let “walk” to Mexico were involved in the deaths of Border Patrol Agent Brian Terry and ICE agent Jaime Zapata, as well as at least hundreds of Mexican citizens.

5.) That at least since the death of Brian Terry on 14 December, the Obama administration is engaged in a full-press cover-up of the facts behind what has come to be known as the “Gunwalker Scandal.”

.
Mere weeks after Obama took office, Americans were treated to high-level administration officials – Mr. Obama, Eric Holder, Hillary Clinton, Janet Napolitano, Senator Dianne Feinstein, Sen. Dick Durbin, and Rep. Eliot Engel, among others – telling the public that the Federal Assault Weapons Ban needed to be reinstated, as over 90% of all guns seized at crime scenes in Mexico were purchased in the United States.

Unfortunately for the administration, it was quickly and easily proven that those numbers were fabricated.  When the truth came to light, it is believed that the ATF – under orders from people high in the administration – was directed to make sure that those fictitious statistics became a reality.

In the fall of 2009, the “Fast and Furious” program started picking up speed.  ATF agents were directed to conduct business in ways that went against every protocol that was in place.  Despite repeatedly voicing their concerns to their superiors that something terrible was going to happen, agents were instructed to keep quiet and to continue following orders.

In at least one case, stimulus funds were used to purchase some of these weapons, which were then knowingly sold to illegal buyers.  One Federal agent was forced by his supervisor   to facilitate a sale because the supervisor wanted to “dirty him up”.

In March, 2010, two Arizona undercover police officers’ lives were put in danger when they attempted to stop two Mexican nationals in a stolen vehicle south of Phoenix.   Among weapons seized at the scene, two were found to be connected to the Fast and Furious program (this story didn’t see the light of day until September, 2011).

On December 15, 2010, the agents’ worst fears came true – Border Patrol Agent Brian Terry was killed in the line of duty by one of the guns that had been “walked” across the Mexican border.  (Initial reports stated that only two guns at the scene were connected to F&F; however, it appears that a third gun was also recovered at the scene which may have had ties to the FBI; it somehow “disappeared” immediately afterward.)

And that’s when longtime ATF agents – upset with how their calls for concern had been ignored all the way up the chain of command – began to blow the whistle.

.
Among the first to break this story was Mike Vanderboegh at Sipsey Street Irregulars, in conjunction with David Codrea (whose exhaustive links are in the sidebar at SSI).  These fine folks have been on top of this story since it first broke in late 2010/early 2011.

Their posts were picked up by conservative blogs like Ace of Spades, Hot Air, Legal Insurrection, Nice Deb, and The Other McCain, just to name a few.  At first, authors and commenters at these sites were hesitant to attach ulterior motives to Project Gunwalker (aka “Fast and Furious”), but it didn’t take long for many people to start connecting the dots.

As more and more evidence started to come to light, it became clear that this administration had been hell-bent on creating circumstances which would bring about their ultimate desire to severely curtail the ability of Americans to exercise their 2nd Amendment right to obtain and bear arms.

In order for Fast and Furious to “succeed”, crimes in Mexico involving US guns – up to and including murder – were NECESSARY in order to achieve the “desired” end result. If guns purchased in the US couldn’t be tied to crimes in Mexico, the Obama administration could not take steps to restrict United States citizens’ access to guns.

.
For the past 18 months, this administration has conspired – with the full support of members of the mainstream media – to hide the truth about this program, even going so far as attempting to deflect attention away from a House Oversight Committee meeting convened to hear testimony from ATF whistleblowers.

They have ridiculed conservative bloggers who were willing to do the research and investigation that so-called “professional journalists” – with the notable exception of Sharyl Attkisson of CBS News, who has been covering this story since early 2011 – have pointedly refused to do.

The always fantastic Bill Whittle lays out the reality behind this administration’s massive cover-up:
.

.
Many people are trying to compare the “Fast and Furious” cover-up to the Watergate scandal, but Watergate was a purely political undertaking.

“Fast and Furious” was responsible for the death of an American Law Enforcement Officer and at least 300 Mexican citizens.

Watergate didn’t have a body count. 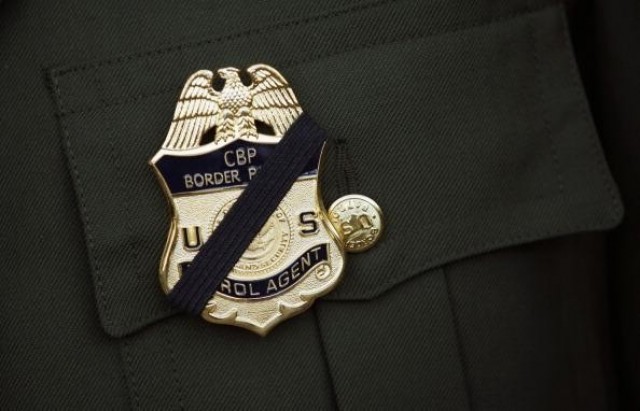 A short, fat, over-the-hill, happily-married mother of 4 daughters. I know just enough to get myself in trouble....
View all posts by Teresa in Fort Worth, TX →
This entry was posted in A Wretched Hive of Scum and Villainy, I Am Breitbart, Liberal Nonsense, Lying Lawyers, Things That Make Me Crazy, Think about it and tagged Ace of Spades, ATF CBS News, Barack Obama, Bill Whittle, Brian Terry, David Codrea, Dianne Feinstein, Dick Durbin, Eliot Engel, Eric Holder, Fast and Furious, Federal Assault Weapons Ban, Hollywood, Hot Air, Janet Napolitano, Legal Insurrection, Mike Vanderboegh, Movie, Nice Deb, OCDETF, PJ Media, Project Gunwalker, Sharyl Attkisson, The Other McCain, Watergate didn't have a body count, What did the President know and when did he know it?. Bookmark the permalink.