Free Healthcare for Everyone! (While supplies last…..) 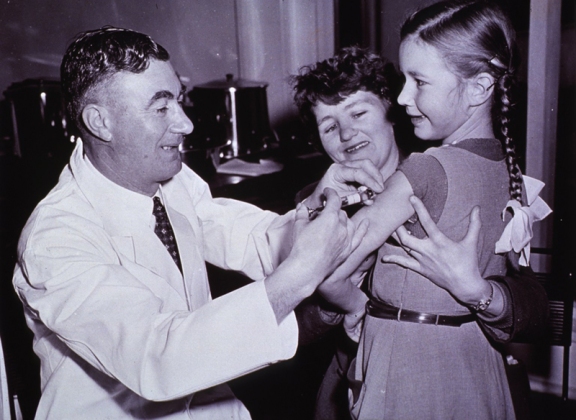 So one of our daughters called me up today and told me that she needs to get a vaccine for college.  It seems that as of January 1 of this year, the “rules” have changed – again – and the vaccine that she had in April, 2006 is out of date (the new rules state that she has to have had the vaccine within the last 5 years).

The universities don’t take parents’ insurance, but it wouldn’t matter anyway, because the student health centers don’t carry the vaccine in the first place.  A student CAN get the vaccine at a local pharmacy, but it costs over $100 to purchase it at any of them.

Our pharmacy plan – which is one of the better (and costlier) ones around – doesn’t cover the cost of that particular vaccine at most of the pharmacies, so we would have to file a claim and hope that we will get reimbursed.

Her doctor’s office here in town doesn’t even CARRY that vaccine, so we’re out of luck there, as well.  (They can order it, but the cost wouldn’t be covered by our insurance)

So, we told said daughter to try her luck at the local Public Health Clinic (PHC) in the county where she is currently attending college, since she needs it ASAP.

Online, the PHC says that they offer the vaccine for $30. Woo-hoo!  Now we’re cooking with gas!

The “free/low-cost” clinic in that county DOESN’T HAVE ANY VACCINE IN STOCK.  Not only that, they aren’t going to be getting any more in stock.  Ever.

Let me get this straight – in a county that is predominantly FILLED with college students, the local public health department doesn’t have enough of a MANDATED vaccine available for the students who live in that town full-time?

But…but…but…the Democrats promised us a land of milk and honey where all of our health-care needs were going to be met by the state***, and the state was going to have plenty of everything to go around for everybody, right?

Well, yeah – until the money runs out.  (And the money ALWAYS runs out) 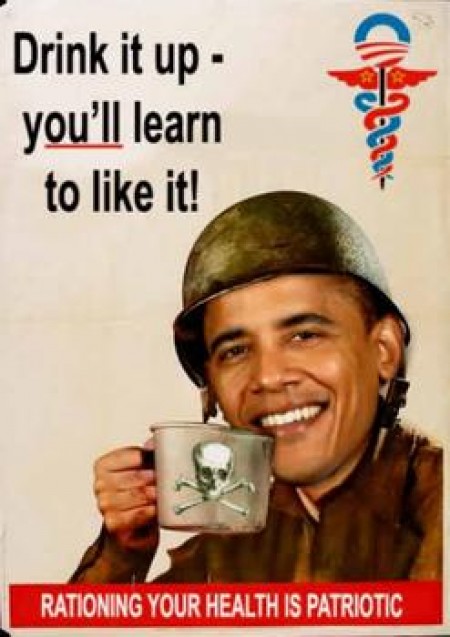 (By the way – yes, we CAN afford to pay for this, and we will, of course; it’s just the whole principle of the thing that chaps my hide)

(Of course, they are lying about this from the outset, as Douglas Elmendorf’s letter to Senator Olympia Snowe clearly indicates – back in 2010, the CBO estimated that a BRONZE plan will cost a family roughly $12,000 in 2016; a Silver Plan will cost even more than that.)

**Mind you, a “Silver Plan” will only cover 70% of Medical Costs, so not only will a family be required to shell out money for an “insurance plan”, they will also have to cover 30% of any medical costs incurred up to a maximum deductible amount.  For a family of 4, the Kaiser Family Foundation estimates the deductible would be around $6,400/year (in addition to the initial cost of the insurance).

But remember, your government will be providing your healthcare for “FREE”.

A short, fat, over-the-hill, happily-married mother of 4 daughters. I know just enough to get myself in trouble....
View all posts by Teresa in Fort Worth, TX →
This entry was posted in Liberal Nonsense, Things That Make Me Crazy, Think about it and tagged College, Meningitis Vaccine, Obamacare, Public Health, Texas, Vaccine Shortage. Bookmark the permalink.

5 Responses to Free Healthcare for Everyone! (While supplies last…..)