If I’m Going to Be Called a “Terrorist”….

All kidding aside, I’ve actually seen a couple of videos that I am NEVER going to be able to scrub from my brain that show what real terrorists do to those who do not share their philosophies.

People in other parts of the world live with REAL terrorism every single day of their life, mainly because they do not live in a country where the rule of law exists to protect them from an over-reaching government that is only out for what it can extract from its citizenry.

And I’m being called a terrorist because I believe in restraining the power of government?  Because I don’t want my children or future grandchildren to live in a world where they will live as economic hostages to policies that the current administration is trying to put in place?

As much as these ideologues would like to believe otherwise, I am NOT a stupid person.  Unlike many of the people who are in positions of power these days, I actually paid attention all those years ago when I was being taught about how this country came into being.  The men who founded this country knew the dangers of allowing government too much power, and they put a splendid framework in place to prevent that from happening.

(And yes, Mr. President, it is a document which tells the government what it CANNOT do – intelligent people understand why it was written that way.) 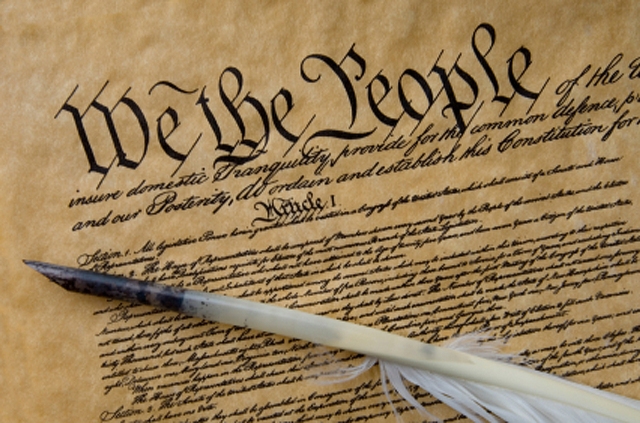 There are people in this country who are trying to ensure that this “Grand Experiment” doesn’t fail, and we are being called “terrorists” by the very people who are supposed to be restrained by that framework.

Those people had better be very glad that the people they are calling terrorists would never resort to the barbaric practices that REAL terrorists employ.

How dare they accuse law-abiding American citizens of that in the first place!

The very people they accuse of terrorism are the same people whose loved ones are standing on the front lines to protect the citizens of this country from the very REAL terrorists in this world.

They need to understand that if the people they are accusing of terrorism in this country – the people who are standing up for economic freedom for future generations – ever decide to stand aside and let the chips fall where they may, they just might find themselves confronting REAL terrorism up close and personal.

Because the people they are accusing of terrorism are the only thing standing between them and anarchy.

The people they are accusing of terrorism understand the difference between liberty and tyranny.

And unlike our accusers, we aren’t afraid to defend what is rightfully ours. 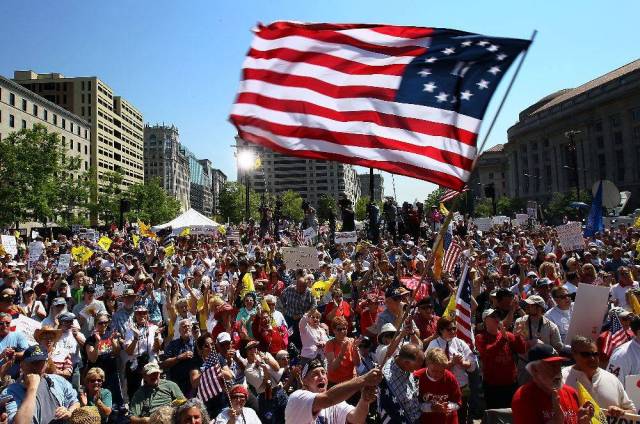 A short, fat, over-the-hill, happily-married mother of 4 daughters. I know just enough to get myself in trouble....
View all posts by Teresa in Fort Worth, TX →
This entry was posted in I Love America, Think about it. Bookmark the permalink.

10 Responses to If I’m Going to Be Called a “Terrorist”….