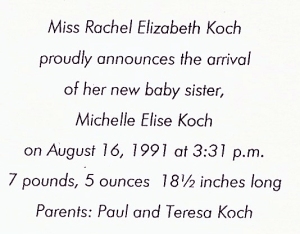 Today marks the day that we welcomed our beloved second daughter, Michelle, into the world.  It seems like only yesterday that we were counting her fingers and toes.

Never let it be said that God doesn’t have a wicked sense of timing. We had waited 2 years to start trying to have a 2nd child, and after 2 more years of silently mourning each time it was obvious that I wasn’t pregnant, I had finally resigned myself to the fact that maybe we were only meant to have one child. So I resolved to go see the doctor “the next month” to go back on the Pill.

END_OF_DOCUMENT_TOKEN_TO_BE_REPLACED 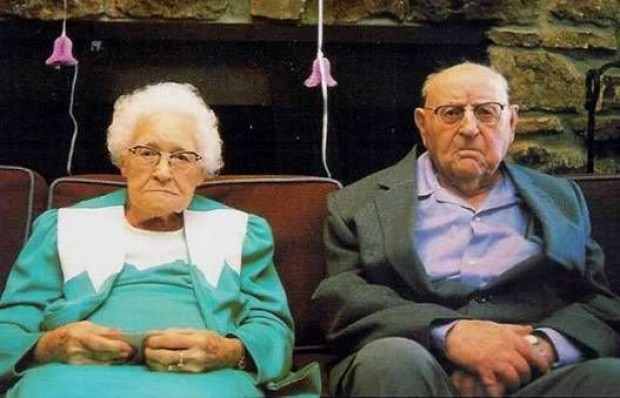 Not my real parents – they don’t want their faces shown, so I got to pick a random picture of any old couple (That’ll teach ’em…..)

On this day 62 years ago, my Mom and Dad tied the knot.

I’m glad they did, ‘cuz otherwise, I wouldn’t be here….

Unfortunately, 2019 was the last anniversary they celebrated together – their 60th.  Mom passed away in March, 2020.  Thankfully, for that 60th anniversary, all of the grandkids, along with Paul and I, were able to get together and celebrate the occasion.

END_OF_DOCUMENT_TOKEN_TO_BE_REPLACED 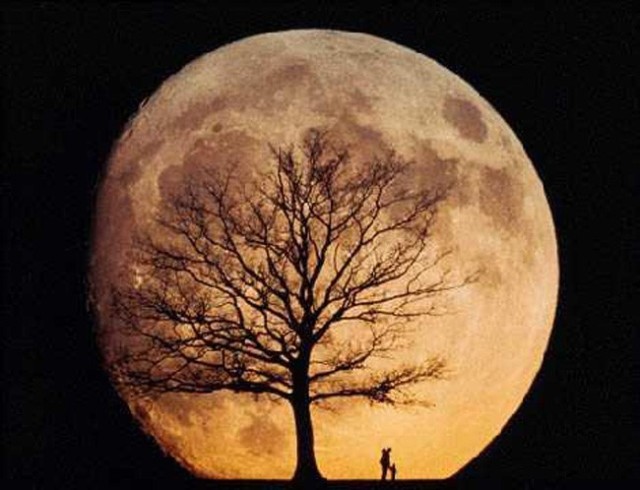 If you ever have a stressful day, this tune is a wonderful tonic…

This is a lovely arrangement of Claude Debussy’s hauntingly beautiful “Claire de Lune” performed on a 10-string guitar – I heard a version of this on the “Falling Skies” episode titled “Young Bloods”. I don’t know if this is the one that was used in the show***, but it’s close enough.

I have only ever heard this done as a piano solo or in a symphonic setting, so this was quite a treat:
. 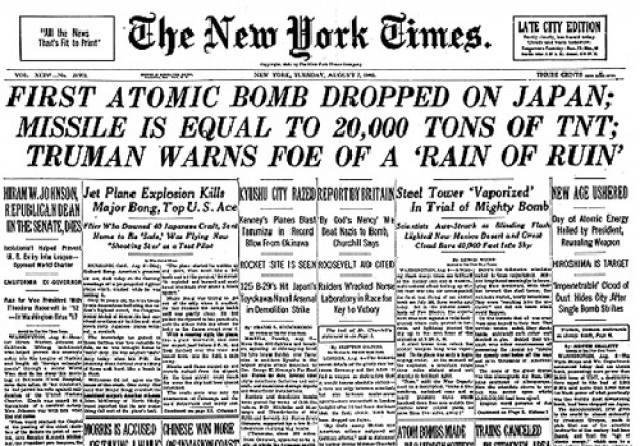 STATEMENT BY THE PRESIDENT OF THE UNITED STATES

Sixteen hours ago an American airplane dropped one bomb on Hiroshima, an important Japanese Army base. That bomb had more power than 20,000 tons of T.N.T. It had more than two thousand times the blast power of the British “Grand Slam” which is the largest bomb ever yet used in the history of warfare.

The Japanese began the war from the air at Pearl Harbor. They have been repaid many fold. And the end is not yet. With this bomb we have now added a new and revolutionary increase in destruction to supplement the growing power of our armed forces. In their present form these bombs are now in production and even more powerful forms are in development.

It is an atomic bomb. It is a harnessing of the basic power of the universe. The force from which the sun draws its power has been loosed against those who brought war to the Far East.

END_OF_DOCUMENT_TOKEN_TO_BE_REPLACED 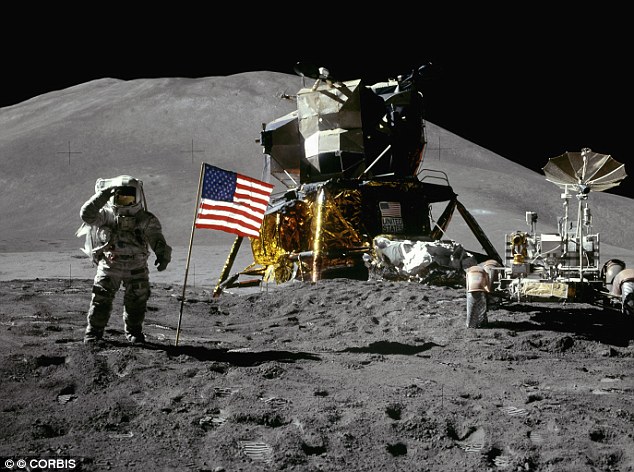 .
“That’s one small step for a man, one giant leap for mankind.”

Today marks the 52nd anniversary of the first manned Moon landing. Those of us who are old enough to remember seeing it live can still recall the awe and wonder of that moment when Neil Armstrong stepped down and set foot where no man had gone before.

END_OF_DOCUMENT_TOKEN_TO_BE_REPLACED

Like Loading...
Posted in Annual Posts, I Love America, Inspirational, Texas, The Geeks Shall Inherit the Earth, Think about it | Tagged Moon landing, NASA, Neil Armstrong | Leave a comment

Happy Birthday to the Best Husband in the World

On this day 61 years ago, a very special little boy was born. 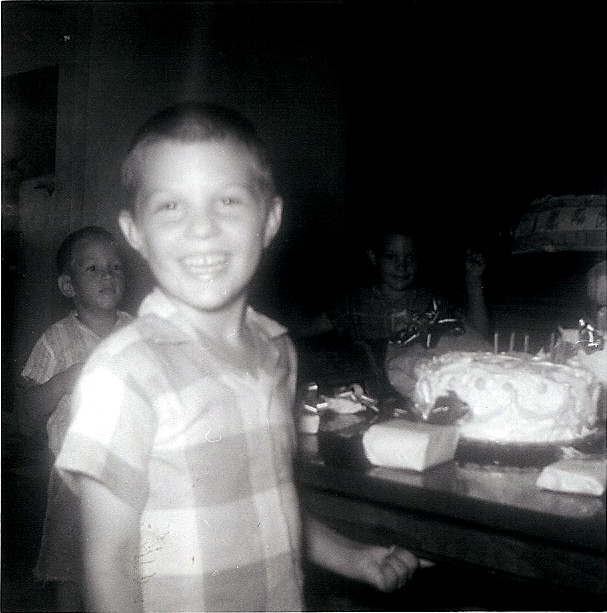 I just LOVE Birthdays!  (Especially mine….)

END_OF_DOCUMENT_TOKEN_TO_BE_REPLACED

On this day 20 years ago, we were given a very special gift:
. 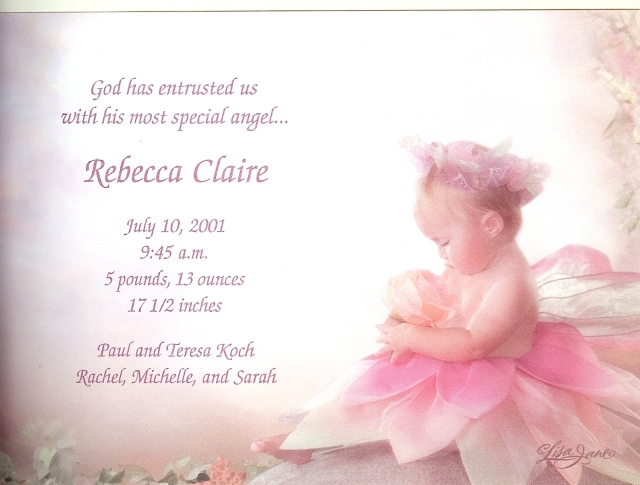 On July 10, 2001, we welcomed Rebecca Claire into the world.  She was absolutely perfect – another beautiful daughter.  A few hours after her birth, our pediatrician gently informed us that Rebecca had been born with Down syndrome.  The next 48 hours were a real emotional roller coaster.  We cried, we asked ourselves, “Why?”, and we prayed.  A lot.

END_OF_DOCUMENT_TOKEN_TO_BE_REPLACED 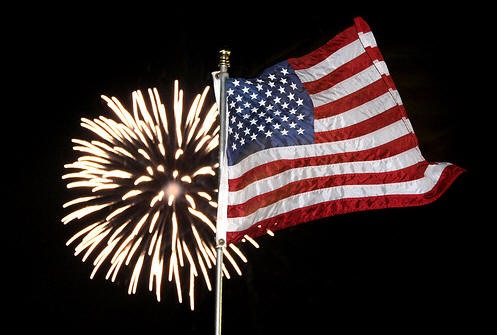 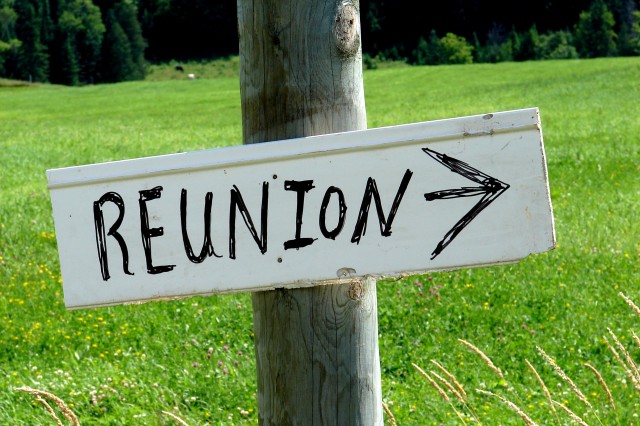 .
In 2018, Paul and I headed down the highway to attend my High School Reunion.  It was great to see old friends and catch up on what had been happening in our lives, but I’m sure that I was not the only one of my classmates who was wondering what to expect.

With that in mind, I put together a short list of how to make the most of an upcoming high school reunion – enjoy!:

1) You never know when you will get that invitation, but when you do….