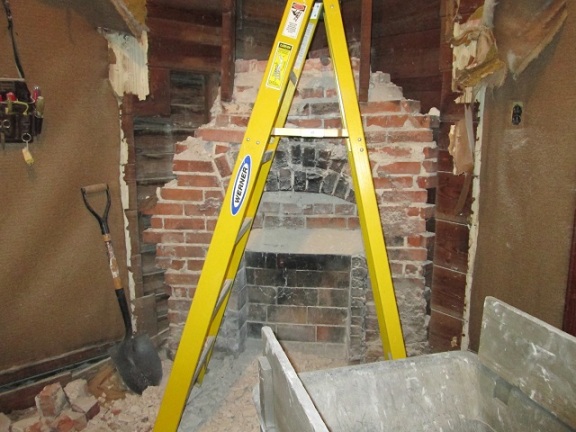 Behind the scenes of the demolition – the original (1907) fireplace

Paul is currently remodeling our front living area (where the new fireplace is).  One of the features that we are keeping – apart from using the century-old bricks from the original fireplace – is the mantle that was on the fireplace.  We don’t know if the mantle was original to the house or if it was added during a later remodel.

Looking at the mantle straight on, you’d never know there was anything “wrong” with it. 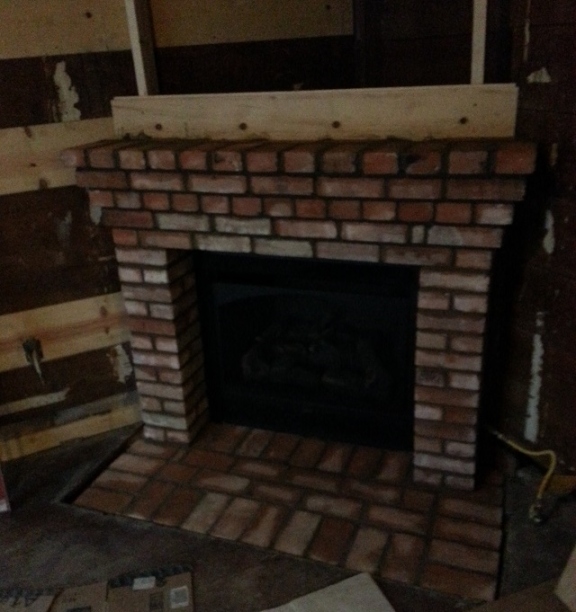 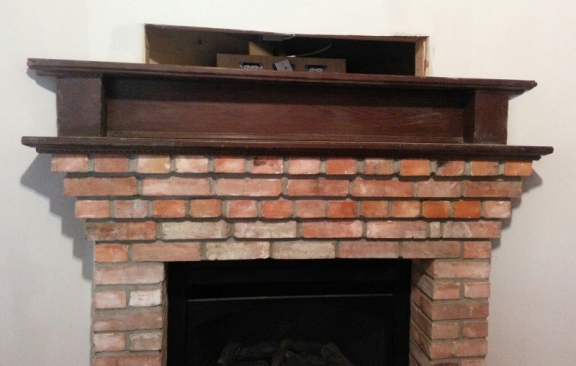 The original mantle atop the new fireplace

However, while it is down, waiting for us to clean it up and reinstall it, the darn thing is driving me CRAZY.

It is an absolutely beautiful piece; unfortunately, whoever built it didn’t have the first clue about carpentry – the top piece is deeper on one end than the other, and the supports for the top piece don’t line up with each other on the bottom piece.  It’s really weird.
. 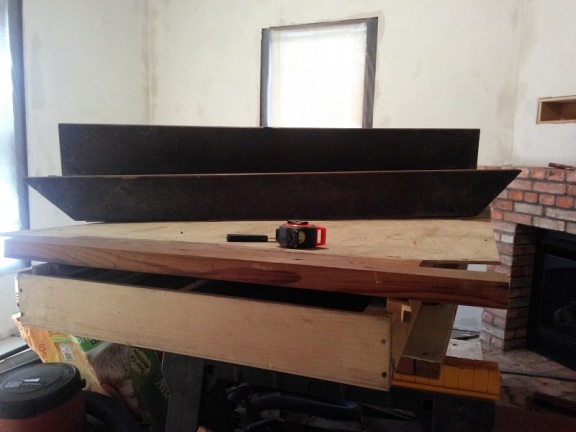 The Original Mantle – aka When Carpentry Goes Bad

But like Paul said, we’ve been looking at the thing for almost 30 years and never knew that it was all cattywampus, so it’ll be fine.

I’m thinking of taping a dated letter in a Ziploc bag on the back of the mantle so that the next family that does a remodel won’t think that Paul was the bad carpenter…. 😛
.

A short, fat, over-the-hill, happily-married mother of 4 daughters. I know just enough to get myself in trouble....
View all posts by Teresa in Fort Worth, TX →
This entry was posted in Family, Just Because, Things That Make Me Crazy and tagged Bad Carpentry, Old Houses, Remodeling. Bookmark the permalink.