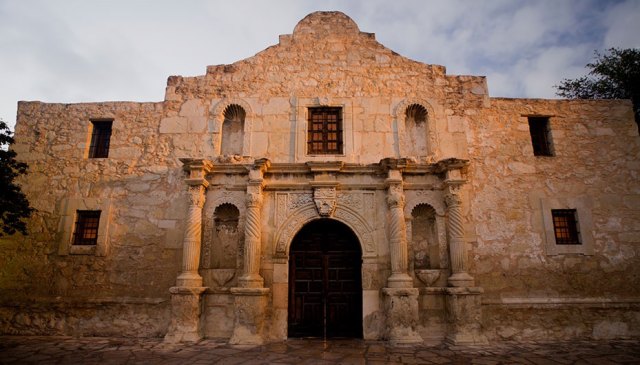 March 6th is a very important day in Texas history, as it is the day that we commemorate the fall of the Alamo,  a pivotal event in the Texas Revolution which was the beginning of the end of Mexican rule.

Only 4 days earlier, newly elected delegates from across Texas had met at the Convention of 1836. On March 2, the delegates had declared independence, forming the Republic of Texas.

A mere 7 weeks after the slaughter at the Alamo (followed by the despicable Goliad Massacre just 20 days later), Santa Anna’s army was forced to surrender at San Jacinto, Texas.  The cries of “Remember the Alamo!” and  “Remember Goliad!” spurred the Texas forces to a swift and decisive victory.

We Texans are a feisty, independent bunch, as anyone who has met us (or come up against us) will testify.  The remembrance of the blood of these patriots runs deep in our veins, and their legacy lives on in the descendants of those early pioneers.

March 6th is a very important day in the life of THIS Texan (5th generation), as it is also my father’s birthday.  Dad’s great-great grandfather, Joseph Grigsby, was one of the early settlers of Texas.  Grigsby’s Bluff, the original family homestead, is now the city of Port Neches, Texas.

Joseph Grigsby also helped found the city of Beaumont, Texas; served as the land-grant commissioner for Jefferson County, Texas; and served in the 2nd, 3rd, and 5th Congresses of the newly-formed Republic of Texas before his death.

My Texas heritage comes from my father’s side of the family, and I am very proud to be the daughter of a descendant of one of the Republic of Texas’ earliest citizens.

Happy Birthday, Dad – I love you very much!

A short, fat, over-the-hill, happily-married mother of 4 daughters. I know just enough to get myself in trouble....
View all posts by Teresa in Fort Worth, TX →
This entry was posted in Family, Special Occasions, Texas and tagged Happy Birthday Dad, Remember the Alamo. Bookmark the permalink.

2 Responses to Remember the Alamo!