In essence, I think that is what Chief Justice John Roberts just said to the spoiled child who set about to “fundamentally transform” this country.  Obama just got hit right between the eyes with Justice Roberts’ Schrodinger’s Cat decision on the fate of Obamacare.

While all of the liberals are whooping it up and celebrating their “win”, they have lost sight of one very important thing:

The Supreme Court’s ruling gave them nothing.

In fact, in ruling the way that he did, Chief Justice Roberts may have, indeed, been playing 11th-dimension chess with someone who doesn’t appear to be able to see any further than his own naked ambition.
.

.
Let’s dig a little deeper into the weeds of the Obamacare decision, shall we? Here are the key points that Chief Justice Roberts raised:

The Affordable Care Act is constitutional in part and unconstitutional in part. The individual mandate cannot be upheld as an exercise of Congress’s power under the Commerce Clause. That Clause authorizes Congress to regulate interstate commerce, not to order individuals to engage in it. In this case, however, it is reasonable to construe what Congress has done as increasing taxes on those who have a certain amount of income, but choose to go without health insurance. Such legislation is within Congress’s power to tax.

As for the Medicaid expansion, that portion of the Affordable Care Act violates the Constitution by threatening existing Medicaid funding. Congress has no authority to order the States to regulate according to its instructions. Congress may offer the States grants and require the States to comply with accompanying conditions, but the States must have a genuine choice whether to accept the offer.[340]

The Federal Government does not have the power to order people to buy health insurance. Section 5000A [of the Internal Revenue Code] would therefore be unconstitutional if read as a command. The Federal Government does have the power to impose a tax on those without health insurance. Section 5000A is therefore constitutional, because it can reasonably be read as a tax.[341]

The MOST important thing that SCOTUS decided was that Congress does not have the right to compel citizens to enter into commerce. In ruling on the mandate under the Commerce Clause and the Necessary and Proper Clause, SCOTUS determined that the mandate – as an instrument of compulsion – is NOT constitutional.

That is a huge win for the American people – and really, that was the main argument that conservatives had with Obamacare. Citizens cannot be free if they are not allowed to make their own choices.

And now we come to the 11th-dimension chess game:
.

.
The people who were paying attention always knew that “Obamacare” was never about providing healthcare for American citizens. Obamacare was always about raising taxes – cleverly disguised as “insurance” – on American citizens. Chief Justice Roberts just laid that bare for everyone to see.

SCOTUS ruled that the ONLY thing that Congress can do under Obamacare if people choose to drop their health insurance is to impose a fine/tax on them – and you can bet that there are already lawsuits being drafted to question that power under the Constitution (and yes, this is a HUGE issue that needs to be resolved).

If people were to decide tomorrow that they are no longer going to purchase health insurance – they decide that they will just pay the “penalty” – there isn’t a damn thing that Congress can do about that under the Commerce Clause.  A doctor/hospital can still offer their services to patients, and patients can pay doctors for the services that they need.

.
Now, here’s the kicker: That “penalty” was added as a result of the RECONCILIATION BILL that was passed; it was never part of the original Obamacare bill. It is possible that Congress can repeal just two sections of this “amendment” to the healthcare  bill without having to deal with repealing Obamacare, and they can do it with a simple majority in both the House and the Senate (or they can do nothing, and the entire reconciliation bill will expire in 2020).

Section 1002 of the Amendment – Individual responsibility: Starting in 2014 everyone will be required to maintain health insurance. If you go without insurance, you will be subject to a tax of $695 per year.

Section 1003 of the Amendment – Employer responsibility: Large companies will be required to provide health insurance as a benefit to its employees. Companies that do not provide this benefit will be imposed a tax of $2,000 a year per employee.

If those two provisions are repealed, anyone who wants to can refuse to purchase health insurance, and they can’t be penalized AT ALL
. 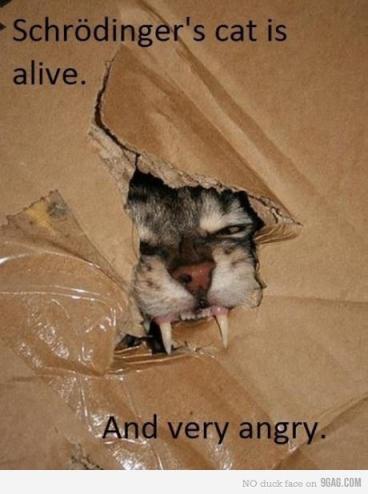 …..it is abundantly clear the Constitution does not guarantee that individuals may avoid taxation through inactivity. A capitation, after all, is a tax that everyone must pay simply for existing, and capitations are expressly contemplated by the Constitution. The Court today holds that our Constitution protects us from federal regulation under the Commerce Clause so long as we abstain from the regulated activity. But from its creation, the Constitution has made no such promise with respect to taxes.

The “regulated activity” in Obamacare is Health INSURANCE, not Health CARE.  We are free to find healthcare however and with whomever we choose.  So, we can go and see a doctor and just pay out-of-pocket costs as needed.

Legally, we can’t be turned away from any hospital – that law is already on the books (thanks to a previous Congress’ boneheaded decision).  Whether we can prove that we have paid the “penalty” for not carrying health insurance or not, that law still applies.

Obama can squawk all he wants to about this, but there is NOTHING that he can do to prevent a scenario like this from happening.  The Supreme Court just ruled that no American can be required to purchase health insurance – they can only be taxed for not having it.
.

.
The entire health INSURANCE industry can collapse in upon itself, and Americans will still be able to get health CARE.  In fact, that has always been the case.  The last time I checked, a doctor/hospital is free to offer care to ANY patient who is willing to pay them for their services.

You want to make it so that Congress can NEVER tax us for choosing not to participate in commerce?  Amend the Constitution to protect us all from a penalty-happy Government (and, yes, Mr. Obama – the Constitution is most definitely a “Charter of Negative Liberties”).

It doesn’t have to be complicated; in fact, the simpler, the better.  And to be honest, it’s possible that a Constitutional Amendment limiting the government’s power is EXACTLY what Chief Justice Roberts was going for with his ruling.

In the meantime, Mr. Obama has his bill – now let him try and implement it.***
.

.
*** (With sincerest apologies to Andrew Jackson….)
.
[Cross-posted at RedState]
.
[Update 07/02/12]: Thanks to Nice Deb for linking this in her awesome “round-up” post about Justice Roberts’ decision. If you’re not alreazdy following her, you should be – she’s got a fantastic site (and she really is nice)!

A short, fat, over-the-hill, happily-married mother of 4 daughters. I know just enough to get myself in trouble....
View all posts by Teresa in Fort Worth, TX →
This entry was posted in A Wretched Hive of Scum and Villainy, I Am Breitbart, Liberal Nonsense, Lying Lawyers, Think about it and tagged John Roberts, Obamacare, ObamaTax, Schrodinger's Cat, SCOTUS. Bookmark the permalink.